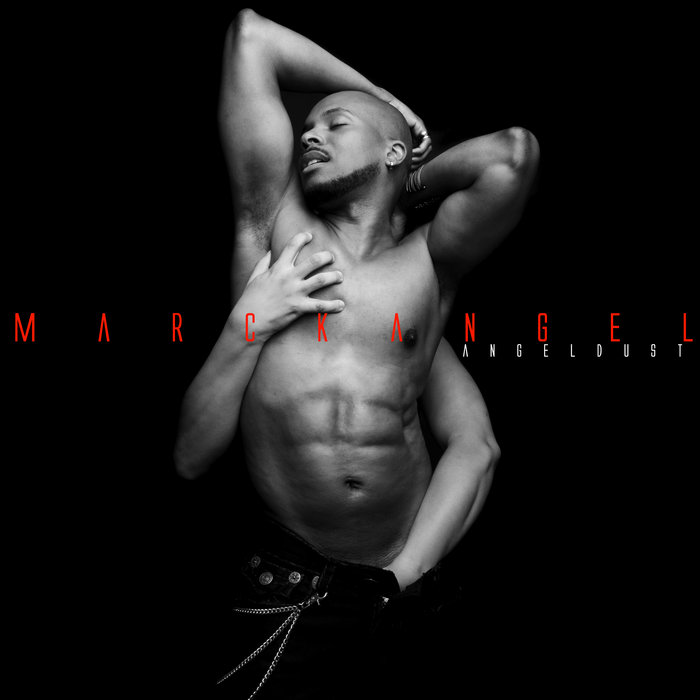 Angel's intention for the tongue-in-cheek titling of the album, "AngelDust" slyly references being "'high' on self... but in a positive way". He describes it as his journey of "self-discovery, self-encouragement, self-empowerment, self-esteem, self control... all the things that deal with maturing and finding oneself... culminating into self-love".

The album delivers a solid dose of lyrical diversity and proves to be Angel's most revealing and personal offering to date - covering heavier topics such as domestic violence, depression and sexual promiscuity, to lighter pros about partying, dancing and romantic love.

As with his previous "TradeMarck" EP, Angel penned all the tracks for this project - of which seven he completely composed, produced and arranged himself - but he also garnered production efforts from hip-hop maestro Swanny River. Artistic guests enlist heavy hitting LGBT Hip-Hop royalty such as Medino Green, Kaoz, Billy Hood, Sony Cobain & Verbal Science.

Supporting promotion for the LP will be an arsenal of new music videos and an international world tour. "AngelDust" is now available worldwide for digital download via MarckAngel.com, iTunes, Amazon, CDBaby & all other major online music retailers.

Bandcamp Daily  your guide to the world of Bandcamp